Russians seem like quite a resourceful nation, being able to buy and sell almost anything. And yet—the comic book business is still virtually inexistent. Artem Gabrelyanov, the creator of first seemingly noticeable truly Russian comic books (Bubble) shared his know-hows and what-nots in the business with our own Irina Vodka.

How did you come across an idea like this?

Well, at the time (when Artem was studying at the Moscow State University — I.V.) we were producing a humorous comic book, and at some point we realized it would be great to switch to longer and more serious stories. Our previous magazine was a glossy “fatty”, but there were only short stories of 7, 8 or 10 pages. We thought we could do a lot more and decided to start the production of full-scale comic books just like they do in America, publishing 20-30 pages per month. We spent the entire summer in preparations, were creating stories and drawing them, and finally the project was launched on 1 October 2012.

You started with an outstanding PR campaign — tell us more! 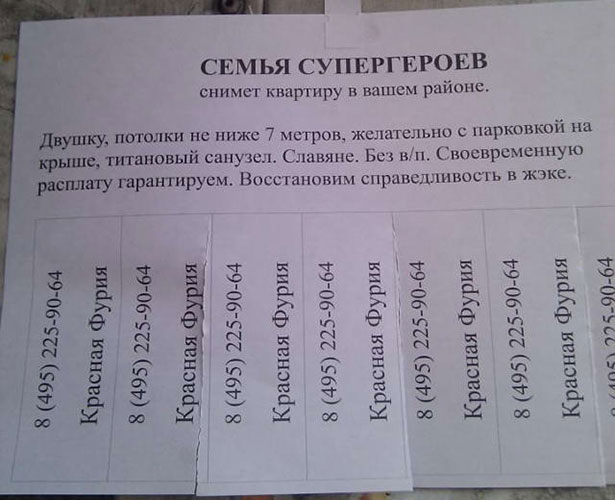 Family of superheroes looking for a flat in your area

(Bubble’s first ad was super viral: ads were spread all over Moscow, saying that a family of superheroes wanted to rent a flat. Many people did actually call the number to help the iron family find their cosy corner in Moscow — I.V.).

We had loads of ideas and even failed to bring half of them to life. For example, we have a character named Besoboy who fights demons and monsters. We wanted to make an installation somewhere in Kamergerskiy sidestreet: with smashed stones, blood, pentagrams, burning candles—so that it was like an aftermath after the fight against a demon.
But the Moscow Mayor’s office didn’t give us a permission to do that. Although it would’ve been loads of fun.

How does your editorial team work? Your office must be one-of-a-kind? 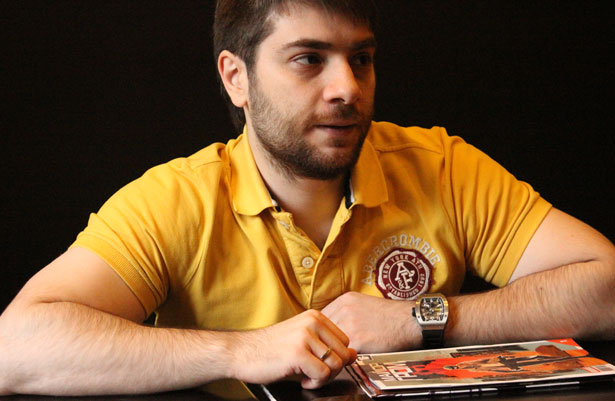 No, we actually have quite a usual office. We are all workaholics, that’s why we simply don’t have time to play PlayStation like they do in some fancy offices. For instance, my working day starts at 10am and lasts till 10pm. My kid barely remembers what I look like, because when I leave—he is still sleeping, and when I come home—he is already sleeping.

And all that for the comic books!?

Well yes, we have a new deadline every week. That’s pretty tough.

What kind of people work at the project?

When you open our magazine—you’ll see just 4 people listed, and that’s the whole team. In the USA, there would be three times as many people working on this project: producer, some sort of producer’s assistant, secretary of producer’s assistant, you name it. Whereas we are left to our own resources, the team is small.
In America, there is a guy who draws in pencil, the second does the outlining, the third one does the colouring together with the fourth one who helps him. We have just two people instead, so the schedule is very intense.

Does the 16+ sign in the bottom of the cover mean kids shouldn’t read your comics? 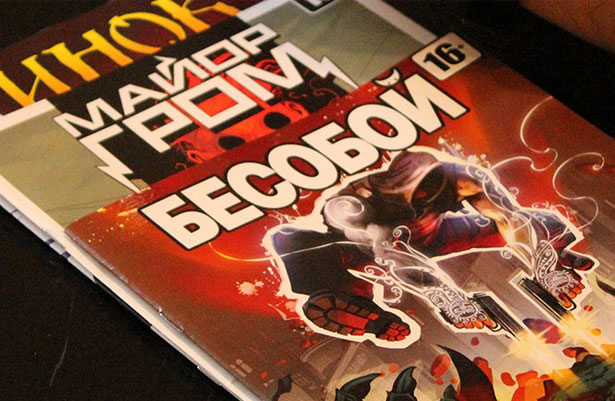 Everyone notices that! I even heard stories when people refused to buy them for their kids. It’s just that we have a new fun law that forces us to place the 16+ sign on most of Soviet cartoons. To think, the most 16-plusness that we allowed was when a girl’s nipple was barely showing after her dress was cut by a maniac. I don’t think that has anything of a 16+ in it.

Which characters of foreign comic books inspire you most?

I really like Deadpool, but Russia is definitely not ready for that yet. He’s a crazy maniac with a triple personality disorder, so that when he speaks there are two more people thinking inside him. In the last issue of the comic book, he was fighting with the clones of American presidents who were turned into zombies. Very unusual and funny stuff, there’s a lot of contemporary humour instead of all the smug superheroish stuff like Captain America has or all that self-analysis they have in Spider-Man. There is butchery, hot chicks, harsh stuff.

Why have you chosen your characters to be like that? One would expect a genuinely Russian comic book to be about Matreshka Killer, iKhokhloma…

We had so much fun when we started inventing the characters! But all the ideas, however fun, seemed too stereotypical. And, by the way, Russians don’t really believe in superheroes, although they do read comic books. One of our heroes is a detective, somewhat similar to Sherlock Holmes. But he doesn’t have a laser up his butt and definitely doesn’t fly in his underwear. Russians prefer sticking to the principle “God helps him who helps himself” and we always remember that.

Many say two of your characters look very much like Hellboy and Natasha Romanoff. Is that true?

I was told there is a computer game called Prototype. And I was then told that we stole its main character. The plagiarism, according to them, is that both heroes wear a jacket with a hood. I mean, half of the people walking in the streets of Moscow copy their character then!
As for Red Fury… They saw the cover with a red-haired girl wearing a latex suit—and there you have it: they went straight to the image of Black Widow. They didn’t even wait till the comic book was released! Because according to the plot, she is stealing from a museum at night. So there is no other suit for that: black leather is most suitable for hiding in darkness! There’s a completely different costume she wears after that scene, so no need to judge basing on separate phrases and images.

There is a reference to the white-ribbon movement (a well-known symbol of the Russian opposition; white ribbon was found near a murdered man in the 1st episode of Major Grom comic book — I.V.). Does this mean you are going to use some of the trendiest political features in the comic books? 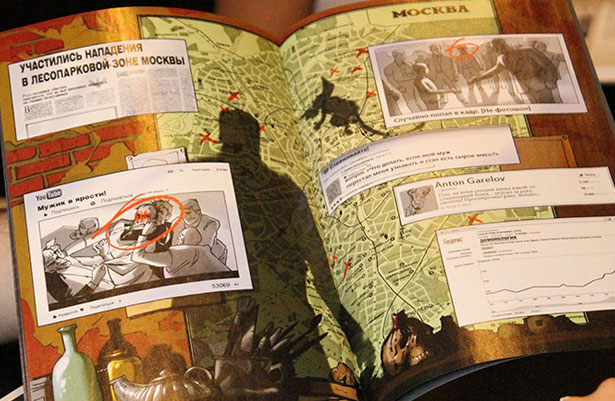 Yes, we wanted to create a comic book that would reflect the current situation in Russia to the fullest. When we were working on the first episode, we came up with an idea about a detective who would deal with all sorts of murders. So we thought: why not get closer to something real? Bekmambetov (a prominent Russian director — I.V.), for example, is now shooting a movie about a Russian Special Police officer who falls in love with a girl from the protest movement.
I had this idea before the Duma election in December 2011, discontent was just starting to grow back then. So I created a character that would take revenge, then we mixed it with a political backstory: I think it turned out quite off the beaten track.

What’s your own recipe for launching a successful startup in modern Russia?

My father once gave me a very valuable piece of advice. He said that one should never strive for money. You just do what you like and what you are good at, then money will come itself. He said: “If all my life I was trying to earn money, I wouldn’t succeed in anything. Because money is not an end in itself. The goal is, for example, to create the first good media in the country or launch the comics production.
So, money is important, but it’s supplementary. If you follow your initial idea, you’re gonna get much better results!