In Memory of Eduard Khil

Eduard Khil, 77-year-old People’s artist of Russia, also known as Mr. Trololo, died on the 4th of June, 2012, from a stroke in one of St. Petersburg clinics after several months of hospitalization.

The famous Russian crooner Eduard Khil was born in 1934 in Smolensk. He underwent all the difficulties of the life during WWII in his early childhood. In 1949, the young man with a strong voice and a wide smile came to Leningrad (now St. Petersburg), and a few years later entered the academy of music.

First significant performance in the artistic life of Eduard Khil took place in 1962, and since then he became the most beloved singer of the Soviet audience. By the 1980s he had received a number of prestigious awards. But soon his career almost came to an end. Unappreciated and almost forgotten, he went to Paris, where he spent the next several years.

Global stardom burst into Khil’s life again in 2010 with a wave of Trollface-derived memes, but an aged singer was hardly an active Internet user and learnt about his new success only through his grandson. The video of an old Soviet hit “I’m Glad ‘Cause I’m Finally Going Back Home” (1976) was uploaded to Youtube and soon hit the well-deserved 2 million views.

Soon, the video and Khil himself became an Internet sensation. The video inspired thousands of parodies, sketches, on-line communities were created, Western Internet shops even started to sell Mr.Trololo-branded merchandise.

The original lyrics of the song were telling a story about American cowboСѓ—not a good thing to sing in the USSR in the time of the Cold War. So, Khil had to replace the entire lyrics with the vocalization.

Charismatic handsome man singing a catchy cheerful tro-lo-lo-lo impressed western bloggers and immediately got a name—Mr Trololo. This is how one of the world’s biggest Internet memes was born.

In fact, Eduard Khil was not only Trololo-man. He was an icon of the Soviet popular music scene. During his singing career, which spanned over 50 years, Khil delivered hundreds of hits. Here are some of them.

A Song About Friend 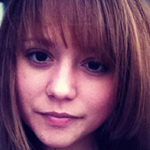 As a decent young Russian girl, Tanya keeps her feelings to herself and excels most European women in cooking, caring and being a decent human being.