You might be surprised to learn that Russians blog and they blog hard—from their wireless-enabled dirt-paved village homes, nuke shafts, sputnik launchpads and the Mcdonald’s in Alexandrovskiy Sad just outside the Kremlin—they just can’t stop blogging. Oh, and how they blog, those Russians! Every KGBst, it seems, and every other hot female Russian spy seems to have a blog these days. The avalance of blog posts overwhelms some, but some others it puts on top. Today allow me to present the most prominent of Russia’s top bloggers—people otherwise ordinary, hadn’t it been for their blogging, ruthless and incessant. 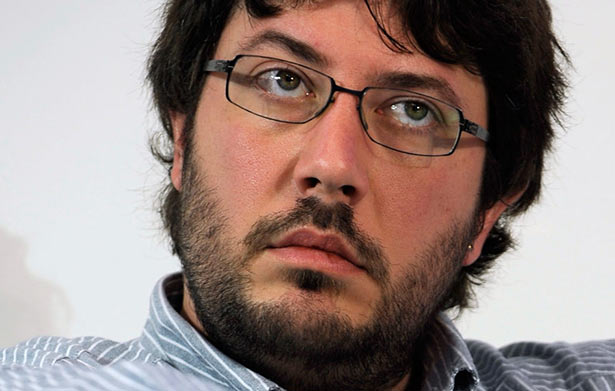 The trollest face of Russian Internet

He is by far the best-known designer in Russia. His studio is the most sought-after employer for Russia’s youngest of designers. His blog posts have trollface written all over and contain age-restricted materials. He runs a competition called “Boobs of the week”, where the owners of most craved cleavages get iPads or iPhones. He swears a lot, he is pretentious and yet is considered the best designer in Russia. In his younger years, he was known to take his future clients’ business cards and proclaim them pieces of shit (exactly that), that way closing contracts on identity deals for his design operation.

Tema blogs about design, travel and how not to be a complete jackass. And did I mention boobs? 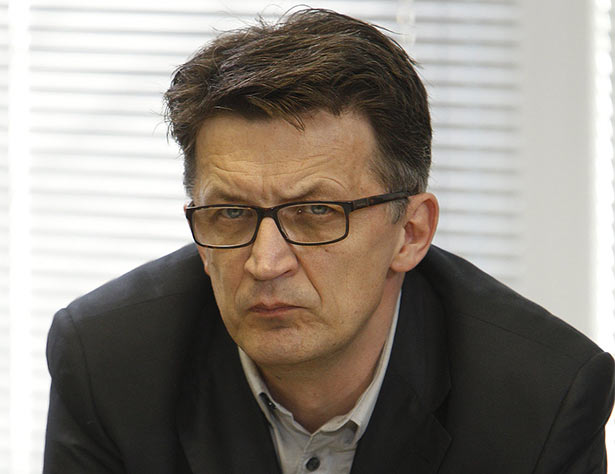 You would expect a #1 blogger to be somewhat of a genius. Or have some nudity in the content he posts. Or be Putin. Drugoi is neither, he is different (which incidentally is the translation of his nickname into English). He is a one-man news operation with the most thought-provoking Russian events in his sights. Many Russian web-infotainers quote him quoting other news websites and writing up his own news stories, thus creating him a lot of traffic. That way, Drugoi is the ultimate proxy between the news world and the office population of Russia. It’s the circle of life, Simba.

Drugoi is also said to have a business card that reads: Rustem Adagamov, Blogger #1. At least, that’s what they say. 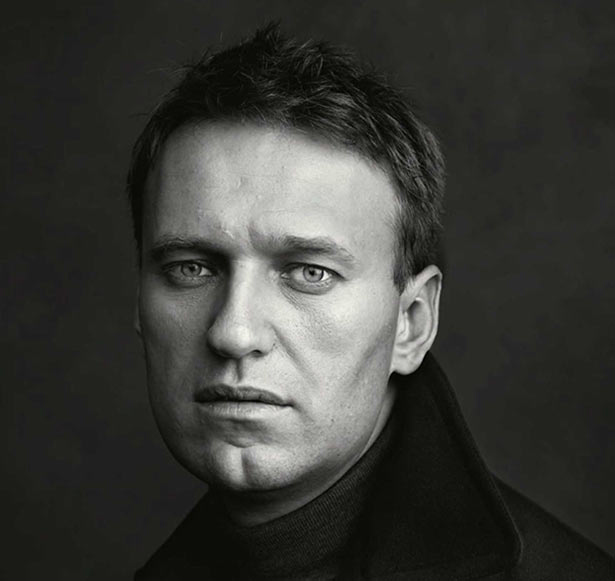 Meet Alexey Navalny. Pro-Kremlin-media-proclaimed “American project”, he is the face of the Russian opposition movement. American project or not, he actually does something about stupendously high levels of corruption in this country. The group he founded for these purposes—RosPil—deals in screening state purchasing and exposing theft, fraud, bribes and anything of the kind. Common people consider him a politician, even though he says he’s not going to run for president any time soon. He recently ran for mayor of Moscow though. See how that turned out in a special Russia Alright episode.

Not surprisingly, Navalny’s blog today is no less than a Che-Guevara-esque partisan camp. 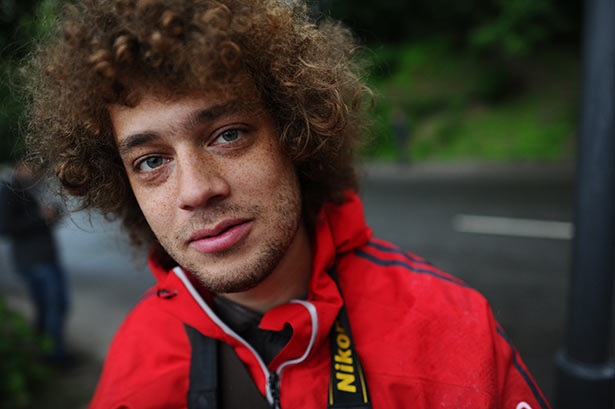 Varlamov, the man with an afro

He is the only Russian who doesn’t look ridiculous with an afro. He is also the most popular and socially active blogger-photographer in Russia. One of the most spectacular things he recently engaged in is the project called Photos allowed (or in Russian “Photo-graph-ear-oh-vat raz-resh-eh-no”). If you’ve been to Moscow, you might have encounters with police officers who wouldn’t allow you to take pictures. This curly-haired guy is the one you have to thank for the marvelous idea with these green stickers, that are used voluntarily by owners of places one can take photos at. A small sticker for a man, a giant step for the whole nation—a giant step towards a moron-free society.

Photos are allowed. Who knew this would be an issue in Russia?

Photographing is a big deal for Varlamov, as he can be seen shooting history on every major walkout, riot, flashmob and protest. Recent rumor has it that he secretly coordinates with Putin’s propaganda team. Or that could be Putin’s way of offering jobs—we’ll never know for sure. 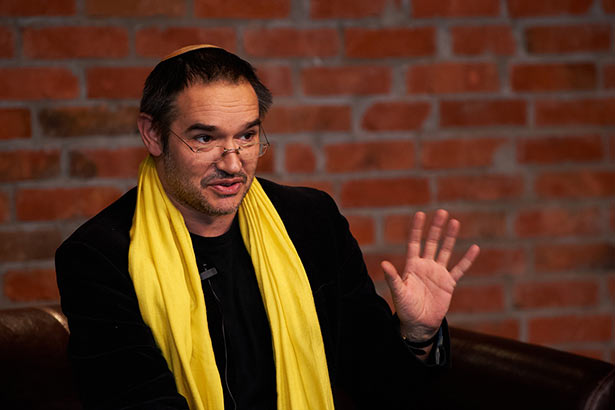 His nickname can be roughly translated as jackass (although the original word roots in the Russian f-word). He is quite a personality of the blogosphere, partly due to the fact that he has been involved in managing Livejournal. He uses offensive language, has his opinion on the majority of things happening in Russia and owns a lot of gadgets—way too many. That trait might seem negligible, but as he is constantly testing and comparing these gadgets with each other, that seems important.

He occasionally teaches at Moscow State University’s Faculty of Journalism (which Tema had started but quit years ago) and plays a role of social networking visionary. 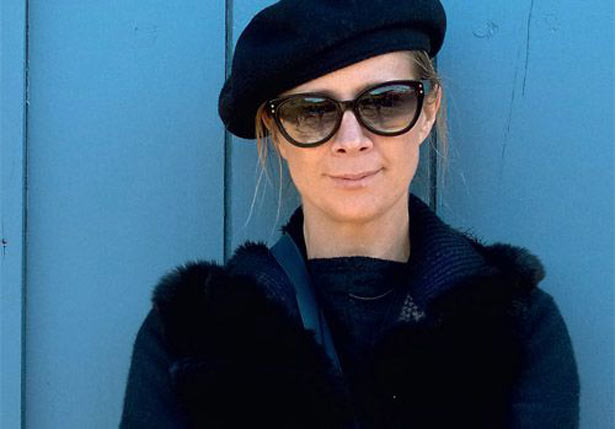 Belonika as the ultimate Natasha

I would be genuinely surprised if there weren’t a cook of some sort in this rating. Veronika is a nice lady, she posts recipes, publishes books, spends most of her time in Provence. She’s actually the closest any of the abovementioned people came to becoming someone as public as Oprah. At least her Retseptyshi book has been of comparable success in Russia.

Belonika’s blog is cooking, photos, and photos of cooking with an occasional dash of her life. In these rough times, she might be just the right mix of the good stuff. 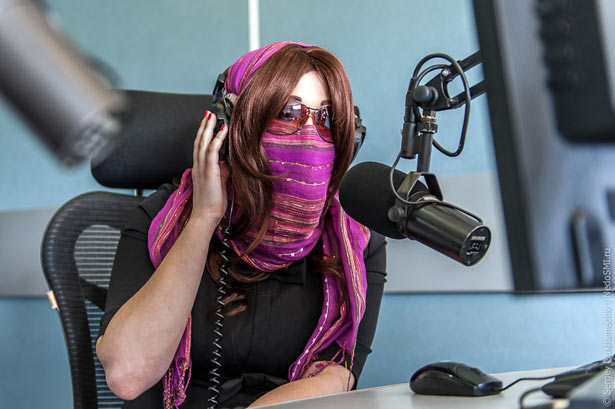 Talented up-and-comers just had to be included in this rating. This girl (allegedly) whose nickname and expected place of employment can be understood even without the knowledge of Russian reached almost 13,000 followers in just 4 months! Her posts usually appear at the very top of daily selections as soon as she spews them out. She writes about sex and her being a prostitute, which easily explains the success: people will always be interested in sex and always love to judge people with such unfavorable reputation.

These are the stars, and sky is their limit. Who are the remaining hundreds of thousands that read them? That, my friends, is a completely different story—coming very soon. 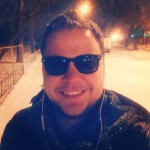