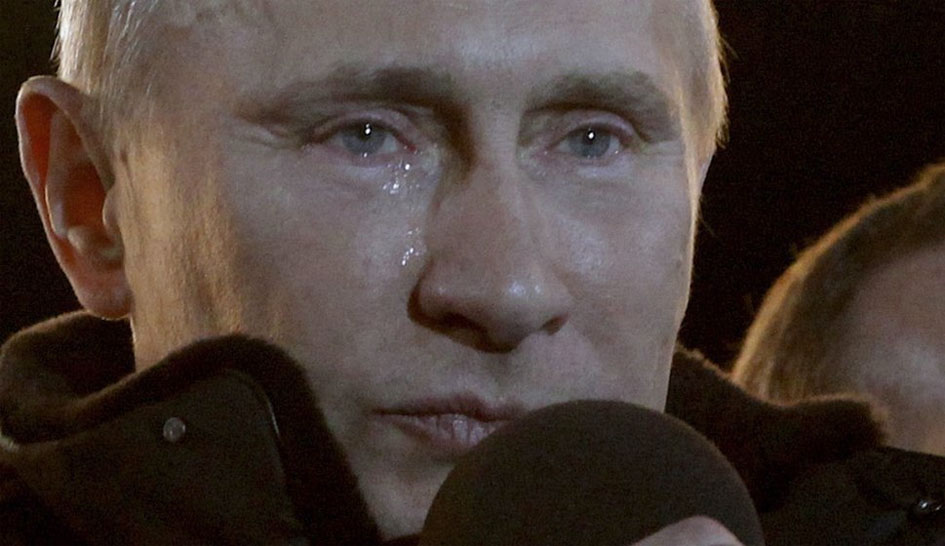 The only Russian surprised of the presidential elections results was Vladimir Putin: a tear rolled down his face after his preliminary victory had been announced.

March, 4th. No sooner the last member of the last election center had verified the last ballot than an official rally took place at the Manezhnaya square where Vladimir Putin was pronounced (once again) President.

This rally could be attention-worthless: just another pro-Putin gathering of young people paid to stand in not to rock the boat. Rallies of this kind aimed at counterbalancing the rallies organized by the opposition. To outdo the Navalny-loving crowd, Team Putin now pays $16 per Putin supporter and forces local state-contracted enterprises to take their staff to pro-Putin rallies for free. The Manezhnaya square rally of March 4 was no exception, with thousands of people gathered ahead of the rally in the Manezh for orientation, instructions, handing out pro-Putin banners and flags. But hey, that’s the usual Team Putin propaganda routine. Think big: Putin cried.

It is yet unclear whether Putin was genuinely touched or practiced his old KGB skill to cry on cue. Either way, good job, Team Putin!