Following the death of Russian tycoon in exile Boris Berezovskiy, many think Russia has to find a new evil enemy that threatens Russia’s stability from abroad. Well, it seems there is one—Stoned Fox.

The taxidermied fox created by British artist Adele Morse was first considered a fail, because the animal looked like a drug-addict who has done the rounds instead of a nice furry creature (as you can see in the header).

However, Ms. Morse put her creation on Ebay in hope that Stoned Fox would find a home.

However, St. Petersburg has recently been in the headlines thanks to its own hero: local MP Vitaliy Milonov. It is Mr. Milonov who came up with the law against “gay propaganda” and it was he who tried to sue Madonna and Lady Gaga for breaching the said law.

Now Mr. Milonov is channelling his energy at poor Stoned Fox. He has turned to the mayor of St Petersburg, Georgiy Poltavchenko, saying that only mentally ill people can put a stuffed animal on show: “Next they will make dummies of people and exhibit them as art objects”. We strongly advise Mr Milonov to visit any museum of natural history and experience the shocking revelation that mankind has long been living alongside stuffed animals.

You might think there is no way that this article could get weirder, but sorry—we have more. The Communists of Russia movement is trying to ban the exhibition as well, but for a different—political—reason.

“This artist exhibits a picture where some fox is sitting next to Lenin. There are also pictures featuring current leaders alongside this controversial animal.
That is poking fun at our national interests,” they said.

And, as usual, we present to you the very best of Photoshop collages. Let’s spread the Stoned Fox meme all over the world! 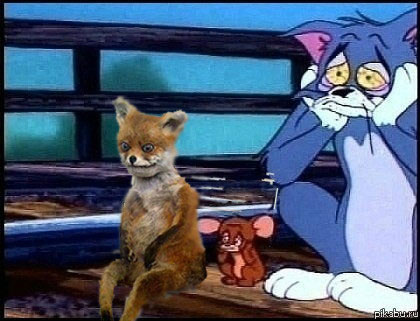 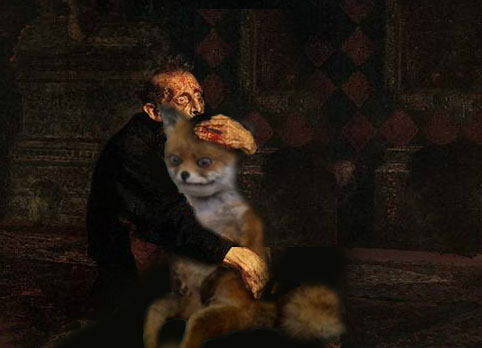 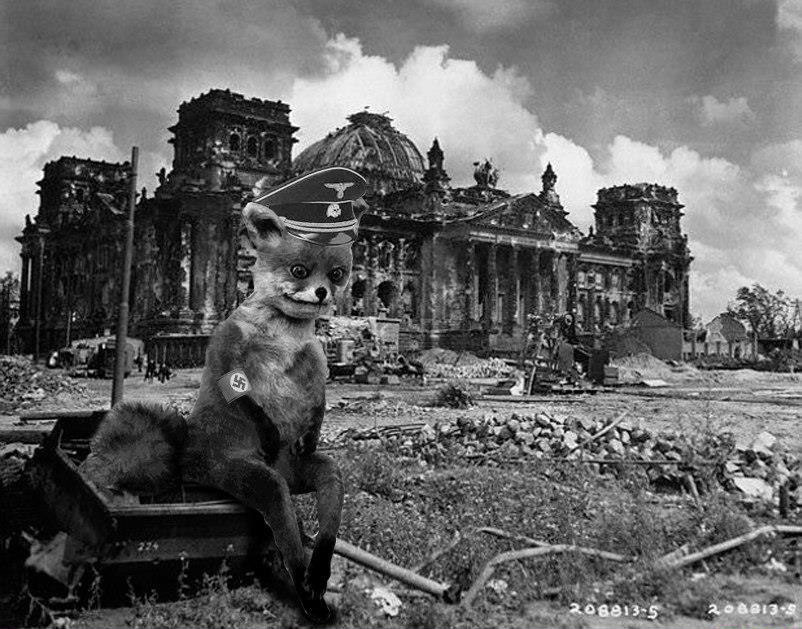 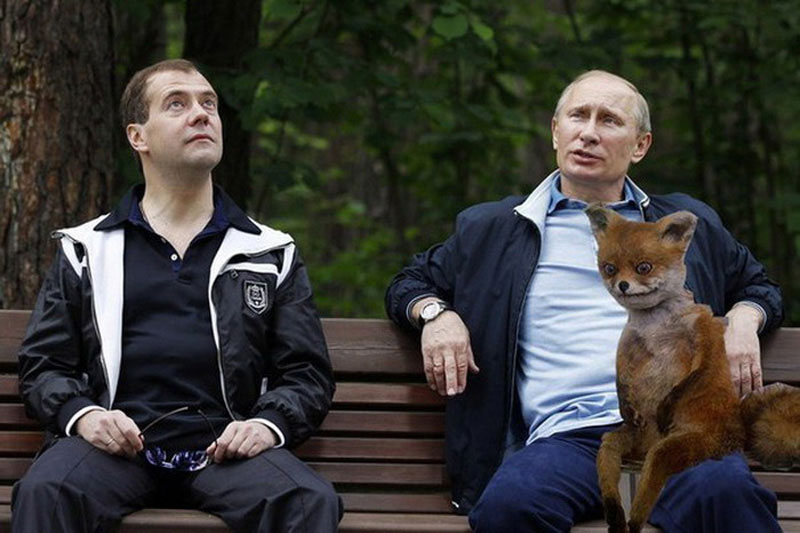 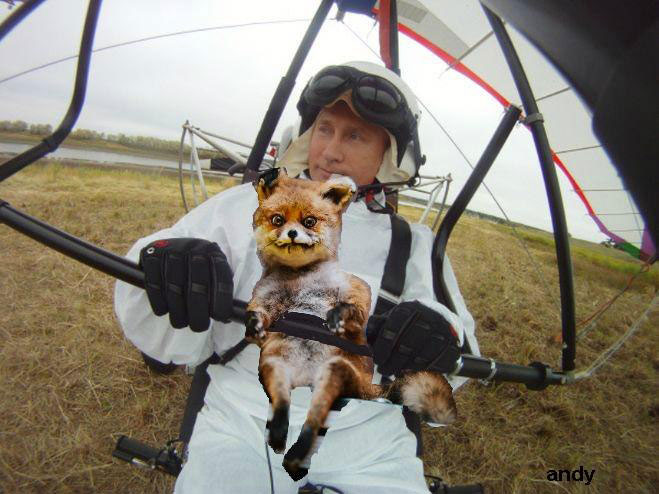 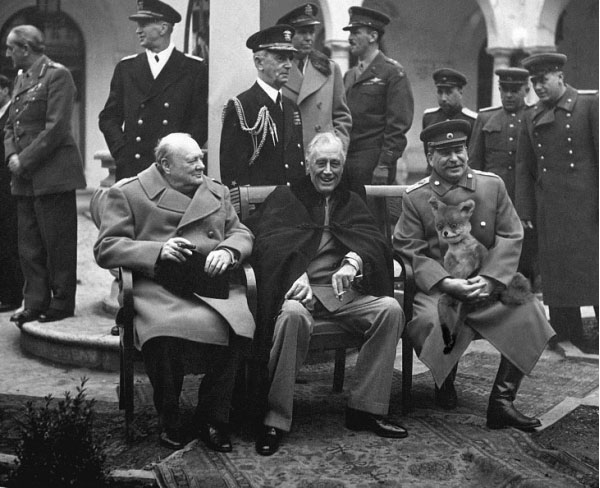 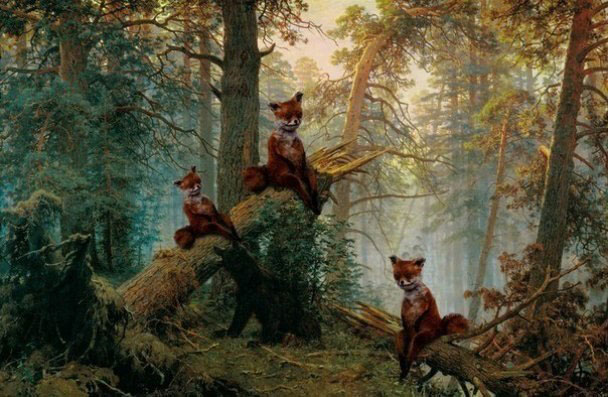 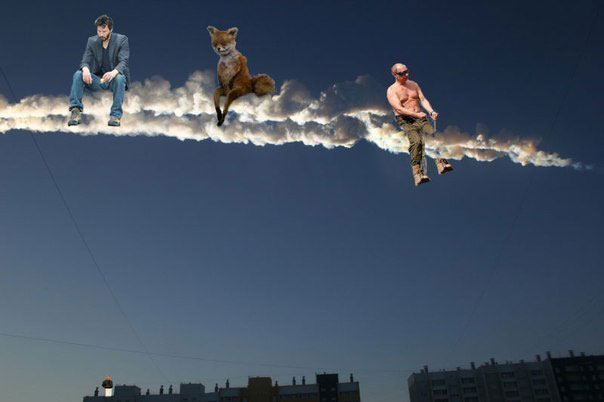 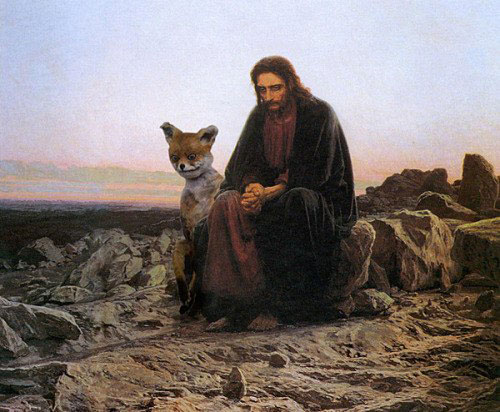